Be informed to help, to pray, and to give and support the work of organisations around the world who are seeking to bring an end to such injustice.

A viewing of Trade of Innocents at Warriewood United Cinemas will begin this process. Visit www.koorong.com to book your tickets for this viewing on Wednesday 24th April. 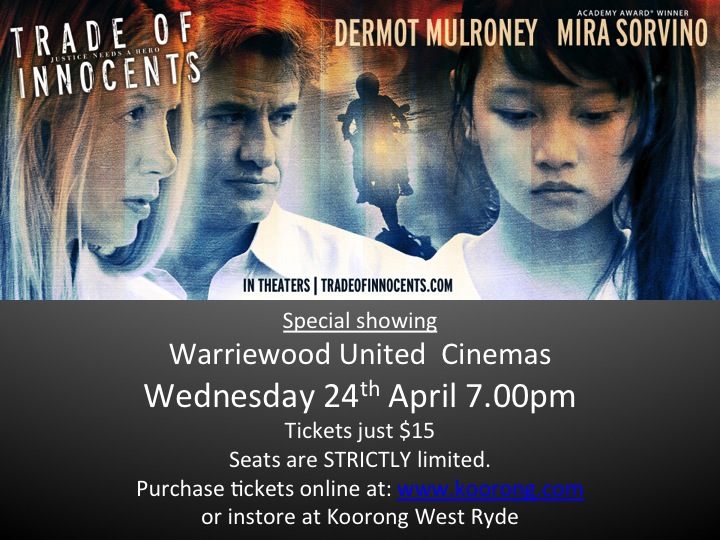